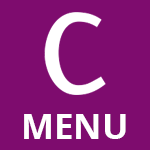 Ten good reasons to use Social Media for your business

How Social Media can super-charge your SEO

The question we are all asking is ‘Why on earth should I doing something in my business that’s only of interest to teenagers?” The fact is, whilst Facebook IS the destination of choice for so many school kids and Twitter does seem to be nothing more than a mouthpiece for a certain type of vacuous celebrity, they are only part of the audience. Social networks are full of the kind of people who make up your customers and who are just dying to be engaged by compelling snippets of information about what your business can do for them. Here’s ten good reasons why you should add a social network campaign to your marketing plans.

Analysis shows that social network activity constitutes the single biggest slice of Internet time. At 16 minutes of every internet hour it may not sound much but second is entertainment at 9 minutes and after that it’s shopping at 5 minutes and then news, travel, email, adult, email and business make up a further 14 minutes, with the rest going to things such as streaming music, TV and academic research. So that’s a quarter of all browsing time, it can’t all be kids and celebs. With that much social network activity going on it would seem foolish not reach out and grab some of it.

Time was when rising up the search engine rankings was all about the content of your website. Whilst it’s still very important it’s increasingly being over-shadowed by a business’s social presence. Why is this? The answer is as simple; traditional SEO is the interaction of code and the search engine crawler robots. As such, it was relatively easy to skew the results in your favour. However clever robots may be, they’re just binary switches and binary switches deal with data not feelings. With the advent of social media ‘like’, ‘follow’ and ‘link’ buttons Google recognised that now real people were voting for sites and that this was a much reliable indicator of a site’s value. It stands to reason, therefore, that the more social ‘votes’ you get, the higher your site will be ranked.

Traditional advertising was all about climbing up on a soapbox and shouting as loudly as you could. Social network marketing is the difference between shouting and talking. A good tweet or Facebook post should never be an advert. You should imagine yourself sitting opposite your customer or prospect in an armchair, with a mug of coffee and having a chat. What you say still has to interesting and, above all, relevant to the audience but, over all, it’s a so much better way of communicating.

A conversation is defined as an informal talk between two or more people. One of the great benefits of the Internet for business is that it has provided a natural channel for a conversation with your customers. Social networking is a great way to harvest feedback from your customers giving you a clearer insight into their needs and any problems you could solve for them.

We all know how much we like to share things that amuse, entertain or inform us. Relying on word of mouth is all well and good but if you post something really worthwhile all the recipient has to do is to press a button to ‘like it’ or re-tweet it. If they do this you are leveraging the power of the pyramid as the message spreads from one follower to their followers and to their followers and so on. One becomes thousands at a tap or a click.

The ultimate reason why people buy from you is not so much because the product is right but because they trust you with their money. One of the powerful ways to establish this trust is to set yourself up as an expert in your field. By posting well-researched and informed content about your products you will leave your customers with a sense that it’s you who they should be buying from because it’s you who knows what you’re talking about.

We all know that the only thing that travels faster than the speed of light is the spread of bad news. Twitter in particular has proved a great tool for dealing with customer service issues. Consumers were quick to realise that if they were to air their frustrations on social media then companies would definitely sit up and take notice and so it has proved. Most large organisations now have twitter accounts specifically to deal with complaints and teams of people scouring the twittersphere for any bad comments. Using social networking like this is a great way to turn a potential disaster into a virtue by stamping out trouble fast and leaving happy customers in its wake.

There are times in business when you just have to go off message, leave the strategy behind and do something quickly. A cash flow crisis is a perfect example – prompting the need for some quick cash sales. There’s no quicker or cheaper way to spread the word of a fire-sale than social networks; no sooner have you marked down your stock then your customers will know about it. Contrast this with traditional methods which would have been both costly and slow. A further example is a client who runs a large capacity restaurant. On quiet evenings he tweets out a special offer and never fails to add 20 or 30 covers he wouldn’t otherwise have had. His margin may be down but his cost of sale is no different.

Some business owners I know really warm to the process of social networking and find that running their campaigns are an enjoyable and rewarding part of their business day. The majority however recognise they have neither the time, the resources nor the knowledge of how to structure and execute a good social network campaign so they pay to have content created and syndicated. Either way, communicating with customers, clients and prospects through social media reduces the cost of marketing substantially. Gone are the graphic design costs behind creating adverts and gone are the cost of print, media and mailing. Contrast this with the reports of increased sales from social media activity and only one question remains; why are you not doing it?

This website uses cookies to improve your experience while you navigate through the website. Out of these cookies, the cookies that are categorized as necessary are stored on your browser as they are essential for the working of basic functionalities of the website. We also use third-party cookies that help us analyze and understand how you use this website. These cookies will be stored in your browser only with your consent. You also have the option to opt-out of these cookies. But opting out of some of these cookies may have an effect on your browsing experience.
Necessary Always Enabled
Necessary cookies are absolutely essential for the website to function properly. This category only includes cookies that ensures basic functionalities and security features of the website. These cookies do not store any personal information.
Non-necessary
Any cookies that may not be particularly necessary for the website to function and is used specifically to collect user personal data via analytics, ads, other embedded contents are termed as non-necessary cookies. It is mandatory to procure user consent prior to running these cookies on your website.
SAVE & ACCEPT